Garbole – The mad dreamers of Valpolicella 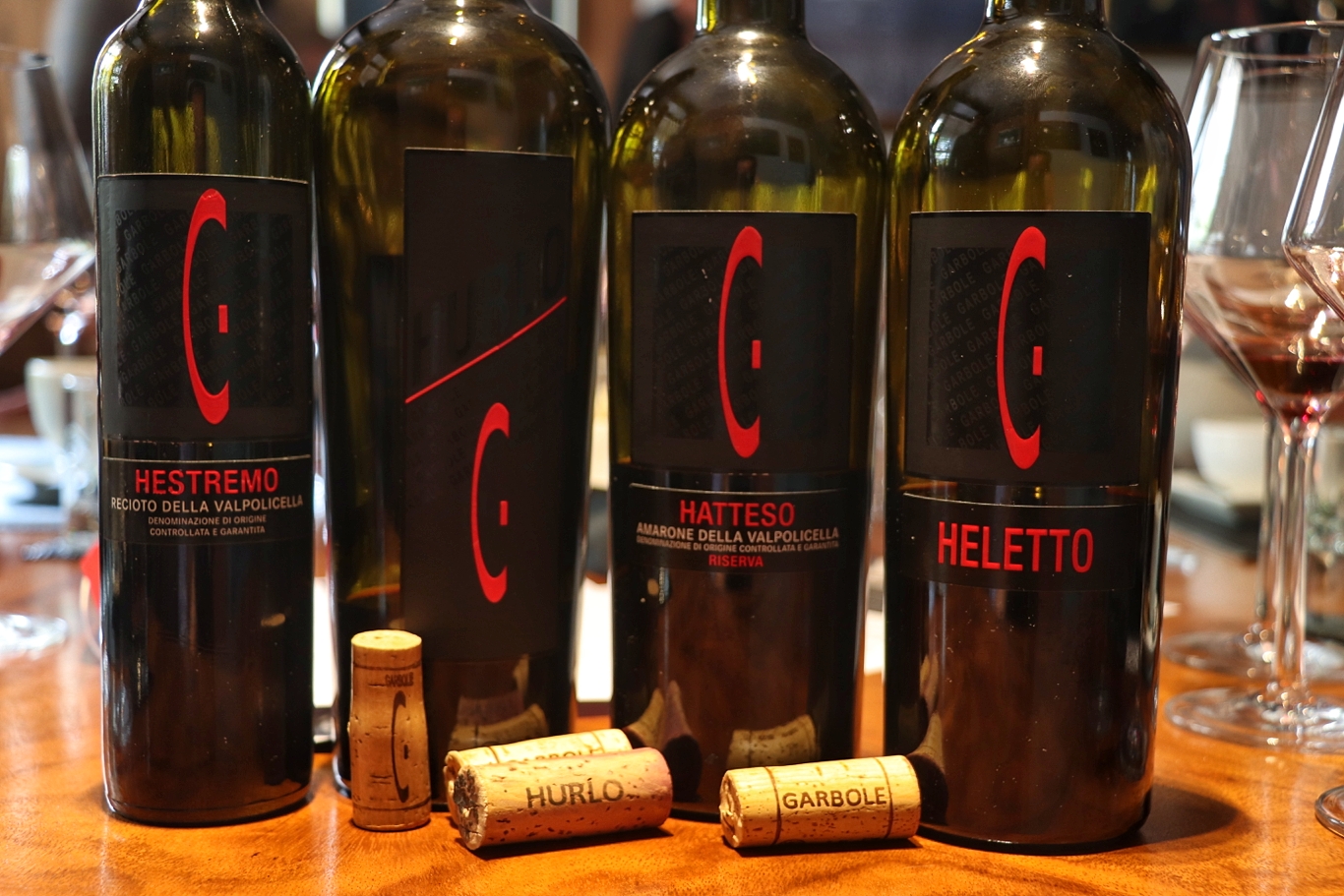 It felt like seeing the painting of Pablo Picasso for the first time. Cubic, awkward angles, mangled and aloof. There is a sense of disagreement among all the senses. The colours of the brand, purely black and red, seems to scream danger. The wines are non-conforming and they speak a message, you don’t have to like them.

The Finetto brothers, Ettore and Filippo, came from the little-known town of Tregnano, in the uphill spot of Val d’Illasi. Here, the average temperature is cooler due to the higher average altitude, the humidity is also lower compared to the Classico area which is closer to Lake Garda. And if anyone needs a big name to remind them of the quality of this valley, then it is worth noting that Dal Forno is just a short distance away from Garbole. However, these wines do not need the affirmation of big brands, since the quality within the glass can speak for themselves.

The first vintage of Garbole was in 2001, fermented in the shed of their grandmother’s house. And while today, eighteen years later, they have a proper winery, the production remains at a minuscular level. All of Garbole wines underwent varying degrees of the drying process used in Amarone, causing the actual number of wines made much lesser than the harvested volume of grapes. Rules of appellation are only applied when it suits their production and style. Liberal mentality, selective and principled with their approach.

The most affordable wine from Garbole is Heletto, which Ettore described as their equivalent of Valpolicella Superiore. Although the wine is labelled as Rosso Veneto IGP, it is made with the similar grape varieties (Corvina and Rondinella) as a Valpolicella DOC, with the addition of other native grapes such as Croatina. The wine is extensively aged for as long as six years in the bottle. In fact, Ettore would have aged the wines close to eternity, but it is his bank manager who would have the final say in the wine business. Most wineries practically operated on bank loans and mortgages.

The latest vintage of Heletto in the market is of the 2011 vintage. Smokey touch on the dried red fruits, smooth and luscious on the mouthfeel, but with a lively acidity that sobers up the experience. This wasn’t a Valpolicella Superiore equivalent but more like a polished Ripasso. More complex than the former, but the refined finesse of the latter.

Although the winery produces Amarone della Valpolicella, for the sake of (my futile) brevity I will move the attention to two more interesting wines, Hurlo and Hestremo. Hurlo is a red wine made primarily from Corvina but blended with many obscure grape varieties like Saccola, Pontedarola and Negrar. Ettore admits that while he can identify the grape varieties planted in the vineyard, the exact count and percentage of the components cannot be accurately determined. What we know however is that there are about 2,300 bottles produced in each vintage, and there are only two vintages so far, so getting one is both expensive and difficult.

The next interesting wine is Hestremo, a Recioto della Valpolicella, the original classic wine of Valpolicella. In recent decades, Recioto has fallen out of favour from the market as people became averse to drinking sweet wines. What I considered a shame is that Recioto della Valpolicella is possibly one of the finest sweet red wines in Italy, if not across the world and very few people are actually willing to try it. Few producers are making it, and even fewer arrived in the overseas market.

Again, Hestremo like the other wines of Garbole has seen extensive ageing before release to the market. The grapes were green-harvested in August, where the lower part of the grape bunches that hadn’t reach ripeness stage are removed from the plant. Allowing the upper part of the grape bunch to accumulate the best ripeness, this action reflects the tradition of Recioto where only the “ears” of the grape bunch are used for its wines in the past. The extended ageing developed charming dried crushed blackberries, wood spices, underlined with a delicate yet noticeable perfume of violets. Its entry was tightly wound and broadened on the mid-palate before leaving a touch of roasted almond note. There is sweetness without being cloying, and tannin textured without being grippy. Polished like a pebble from the river bed.

The Finetto brothers are artists at heart, craftsmen of their land, a duo who are not afraid of dreaming too big. Others’ opinions probably don’t matter much to them. And many people will not take a liking for their products on account of the label, the brand, or even the prices. But that’s not going to stop Ettore and Filippo from making what they love and drink. For me, both the Heletto and Hestremo have a decent quality and price ratio. And drinking the Hurlo is both a treat and a discovery, as long as someone else is paying for it.