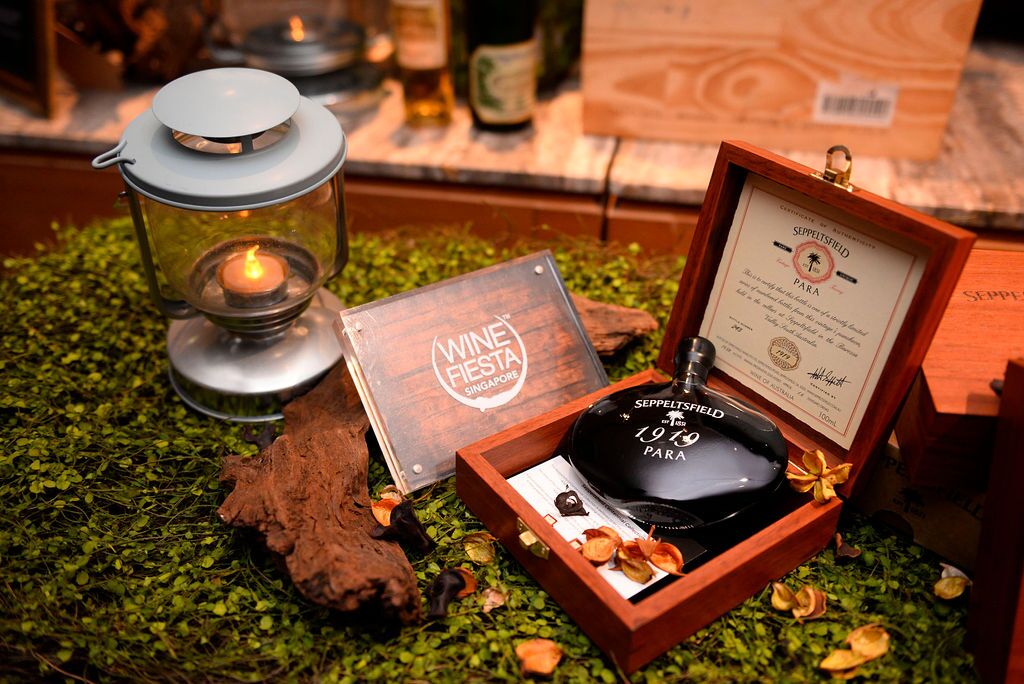 After the many years Straits Wine Company built its event around Fullerton Bay, this year event has marched out of the bay and into the heart of the Orchard area. This is a new milestone for the fair, and the company too has just undergone a significant change.

I spoke to senior staff of the company and learnt that in past years, the Wine Fiesta had seen about 12,000 participants each day. It is not an ordinary feat to amass crowd at an outdoor fair, sheltered by tents with the air circulated only by mobile evaporative air coolers. Food stalls were side-accompaniment, catering to those who have the spare cash and needed something to balance the imbibing. In many aspects, those were successful years where numbers are concerned, which demonstrated how extensive brand outreach is.

This edition, which is already underway as I am writing, is planned for a thousand people a day. Less than ten per cent of previous versions. This translates to a possibly more comfortable and pleasant experience. We can expect a smaller crowd, cooler ambient, and even the food pairing experience will be included. Undeterred by adverse weather conditions, this year is looking better in the quality than before.

The emphasis on the wines appears less focus on trends but back to small wineries that produce exceptional wines. It would be wise to take the opportunity to compare and contrast various wineries of the same region. For example, Fanti, a Brunello producer from Castelnuovo dell’Abate, and Tenuta Silvio Nardi, another Brunello producer from the Northern Western part of the same appellation, are both featured together.

Another cute little feature is a particular white wine from Pasqua family of Veneto. It is made from three grape varieties and then blended with wines from four vintages. Gianni, the representative, called this wine a “super-white”, which I challenge you not to laugh at it.
(Note: Super-white literal translation to Mandarin sounds like a dialect vulgar word.)

This year will also see Mr Patrick Sng, the new Straits Wine Company CEO who only took over the company one day before the Wine Fiesta media preview, weaving his personality into the event. Patrick was the leading man with Vinicole and the 1855 brand, during his time, the company put up major marketing events which significantly increased the brand visibility in an otherwise saturated environment.

Although the event planning was already on track before he came on board, this event will be a test of Patrick’s mettle in leading the team forward. As far as I can tell, things are looking pretty good for him and the company.