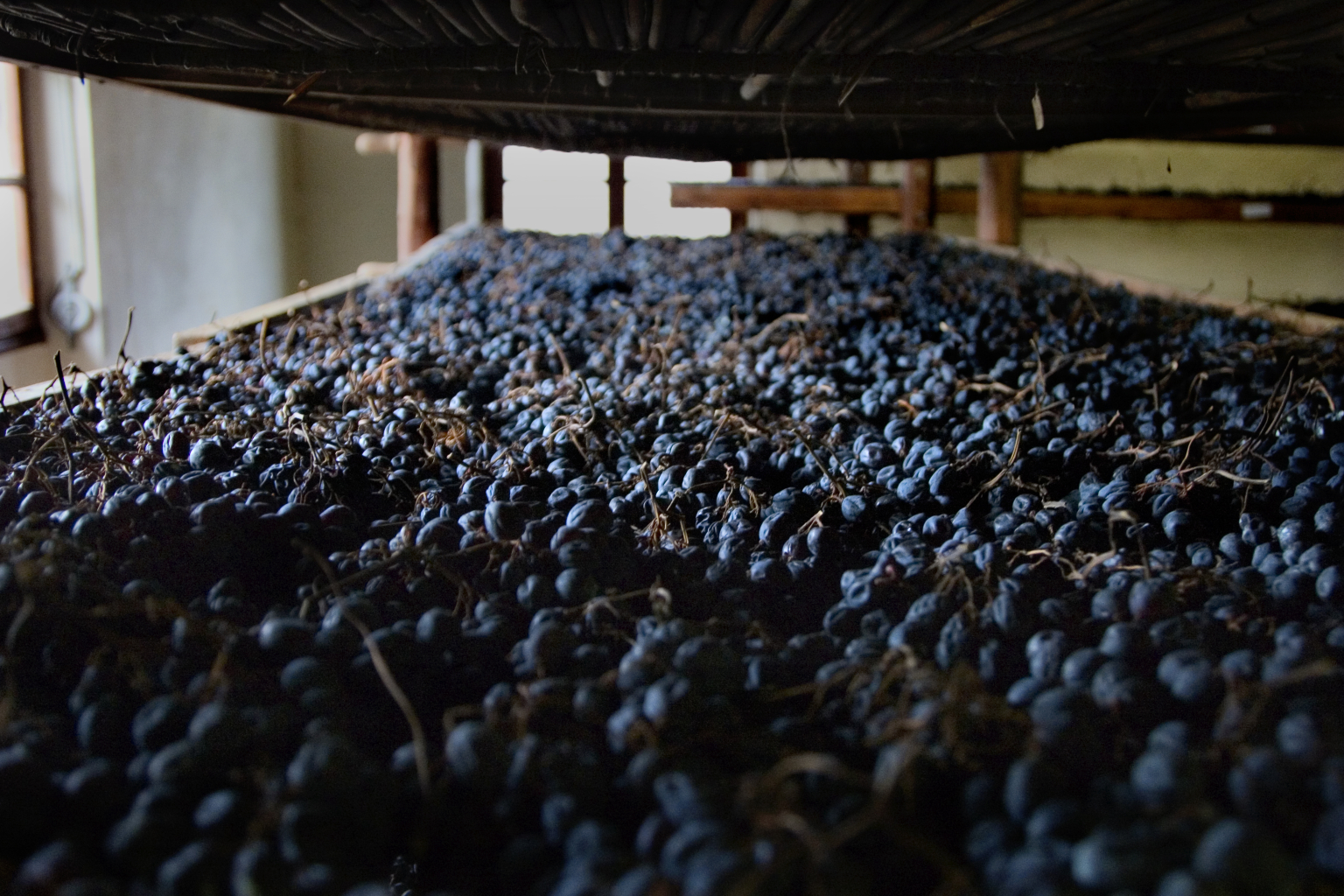 The whole is greater than the sum of its parts. And so the eventuality of interest is the product. Unfortunately, without knowing the grapes of Valpolicella and how they contribute to the taste often led to people misunderstanding why one wine taste different from another. The wines of Valpolicella are blended products, and thus the range of flavours is, virtually, limitless.

Even though the two varieties are parent and child, the pair cannot be more different. Corvina is beautifully aromatic with cherry and red fruits notes, yet it has difficulty accumulating sugars to make a full-bodied wine. Rondinella is quite the opposite. Ripen effortlessly with a high level of sugar, but neutral when it comes to aroma. It will take as much as 15 per cent of Rondinella to make a dent on Corvina perfume appearance.

As it turns out, some traits don’t run in the family.

But things are never so simple. There are plenty of native grapes that make their way into the product. Here, it gets a little complicated, a little more nuanced, and artisanal.

Corvinone, so named because its appearance is akin to a big berry Corvina. In Italian, the addition of “-one” in a word suggests that it is a bigger size format of the original article. Similarly perfumed but loaded with tannins, Corvinone also has more juice to spare than Corvina. Therefore it allows winemakers to produce more wine than with the same vineyard that is growing Corvina.

Of course, nothing comes without a price. It is common for Corvinone to have uneven ripening by harvest period, and thus necessitate the removal of the unripe berries before they sneak into the fermentation tanks. For a tannic variety, unripe berries are the last thing any winemaker wants.

The use of Corvinone was recently revised, and wineries can now use up to the same volume as the rules for Corvina. Which means it is now permissible to make a Valpolicella wine using only Corvinone and Rondinella.

Another historically significant grape is Molinara. Unfortunately, it suffered the most notable fall from grace. Before 2003, Molinara was part of the mandatory grapes of Valpolicella. In a time where bigger, fleshier and higher alcohol wines were fashionable, Molinara, with its light colour and high acidity level, was an easy target for these fashionistas. It has since become an optional component that cannot exceed 10 per cent of the total volume.

Molinara comes by a few local names, including Uva Sala which refers to the saline-like attribute of the variety. Wines with Molinara have a brighter hue, noticeable freshness and mineral tanginess. A real charmer, but don’t take my words for it. I have been called the “Defender of Molinara” in more than one occasion.

In place of Molinara is a rediscovered grape called Oseleta. Powerful tannins, dark in colour, brooding blueberry fruits, tar, leather, and a sense of rustic forest floor. It is darkness epitomises in berry form, both in appearance and flavour. Think of Bruce Wayne in Bat-Man cover then you get a very close idea to how Oseleta is for me. And to top it up, five per cent of Oseleta is enough to change the wine’s character.

The reasons for Oseleta rise are mostly the same as the decline of Molinara. Furthermore, Oseleta is also another grape capable of accumulating sugar and adapts well to the air-drying technique. And as much as I like Molinara, I think Oseleta, too, has its role and place in Valpolicella. It is a different colour on the palette, and when used wisely, it makes the offerings more colourful.

As a new generation of young winemakers enters the scene, the Valpolicella wines will naturally evolve. Experimental planting, rediscovery of old varieties, changing the blending formula, will all play a part in making the Valpolicella wines more attractive in future years. Grape varieties like Negrara, Rossignola, Dindarella, Spigamonti, and Turchetta might become a commonplace on wine bottles. But for now, they remain mostly as academic interest.