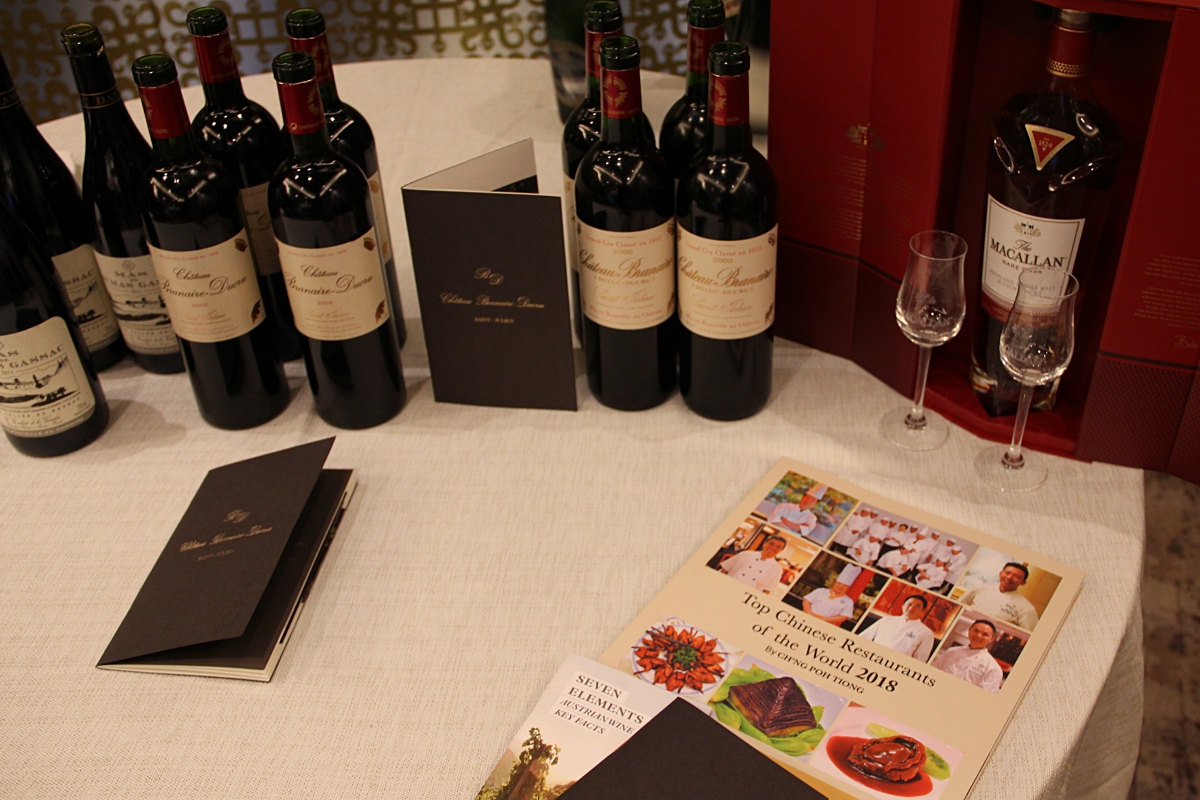 International Congress of Chinese Cuisine and Wine (ICCCW), it sounds like a mouthful of syllabi. But the name is very appropriate for this subject, so complicated yet often generalised by our friends from the western world. Singaporean wine veteran, Ch’ng Poh Tiong, organised another edition of this dinner in Singapore to prove that breaking rules of the western world are the way we do it in the east.

Modern China is divided into 30 over provinces and has a documented history that goes back to four millennia ago starting with the Xia dynasty. The long history, shaped by many significant historical milestones, resulted in a wildly diversified population. Today’s Chinese cuisine is recognised as a collection of eight different specialities; a mixed bag of flavours, aromas and presentation that can hardly be considered as a singleton. Many winery representatives I met have described their wine as a suitable pairing for Chinese food, if not Asian food. A mistaken idea that has persisted for too long.

It is beyond doubt that Ch’ng’s effort in publishing and organising the ICCCW dinners is aimed at correcting these misunderstanding. For one, Ch’ng has published several books including “50 Bordeaux 50 Chefs“, “Top Chinese Restaurants of the World 2018”, which highlight the dynamism of French wines working with different Chinese dishes. Since its inception in 2008, ICCCW has often received good responses and media coverage. This year’s dinner held on May 26 in Singapore had diners experienced pairing dishes from Imperial Treasure Super Peking Duck with three Laurent-Perrier Champagnes, two white wines from Schloss Gobelsburg and Dr Loosen, four red wines from Mas de Daumas Gassac and Chateau Branaire-Durcu, before finishing off with The Macallan Rare Cask whisky.

Champagne not just an aperitif

Sparkling wines, which would typically drink as an aperitif, took the grand opening. Champagne Laurent-Perrier Ultra Brut paired with a small platter of salt and chilli squid, tofu and roasted pork belly, while the Rosé of the same house went with deep-fried prawn with wasabi dressing.

The Ultra Brut is an intense wine, with toasty notes interweaving with the fruit component. But the suggested brute character (Ultra Brut) was far from being so, in fact, this is a bottle of wine that has a roundness that interacts seamlessly with the different elements of the dishes. From spicy to savoury, the wine wasn’t shy to engage. And I would say the same for its Rosé, with a soul and core strong enough to withstand the temperamental rage of wasabi.

Widely regarded as grand cru winery of Languedoc Roussillon, the wines of Mas de Daumas Gassac share similar characteristics to Chinese cuisine, a blend of many varieties. According to Basile Guibert, who resides in Singapore, his family had a habit of planting vines of different varieties out of personal interest. Thus making the vineyard more like a garden than a plot intended for commercial production. As a result, the red and white wines of Mas de Daumas Gassac are made from about twenty different varieties.

In the Mas de Daumas Gassac Rouge 2013, 72 per cent of the content is Cabernet Sauvignon, with the remainder from Merlot, Tannat, Cabernet Franc, Malbec, Pinot Noir. However, there are also traces of Nebbiolo, Barbera, Bastardo, Sapervai, Montepulciano, Plavac Mali and even Souzon Brancalleo among several other varieties. This is a wine that is complex, perplexing and yet alluring with its layers of flavours. Savouring the sautéed broccoli accompanied with braised black mushrooms, the earthiness from the mushroom and green vegetal note came together in a gentle symphony with the still-developing character of the wine, which illustrates that even greens can pair with red wines if the accompanying flavours are given the right touch.

Styles and rules are crafted by men following contemporary fashion, only to be broken by the non-conformists. Ch’ng’s decision to pair Champagne with spicy dishes and well-aged red wine with greens would not have gone well with the old guards of the western world. But he demonstrated the versatility of both worlds, and what we now need is the culinary scene to attempt innovative pairing of flavours and take bold actions. For me, I hope in the subsequent editions there are Italian, Spanish, and Port wines in the menu of ICCCW.

For those who are keen to experience the pairing, there will be an encore dinner on July 12. Details can be found here, http://champagnebordeaux.com/encore-dinner/