Valpolicella and the wild east 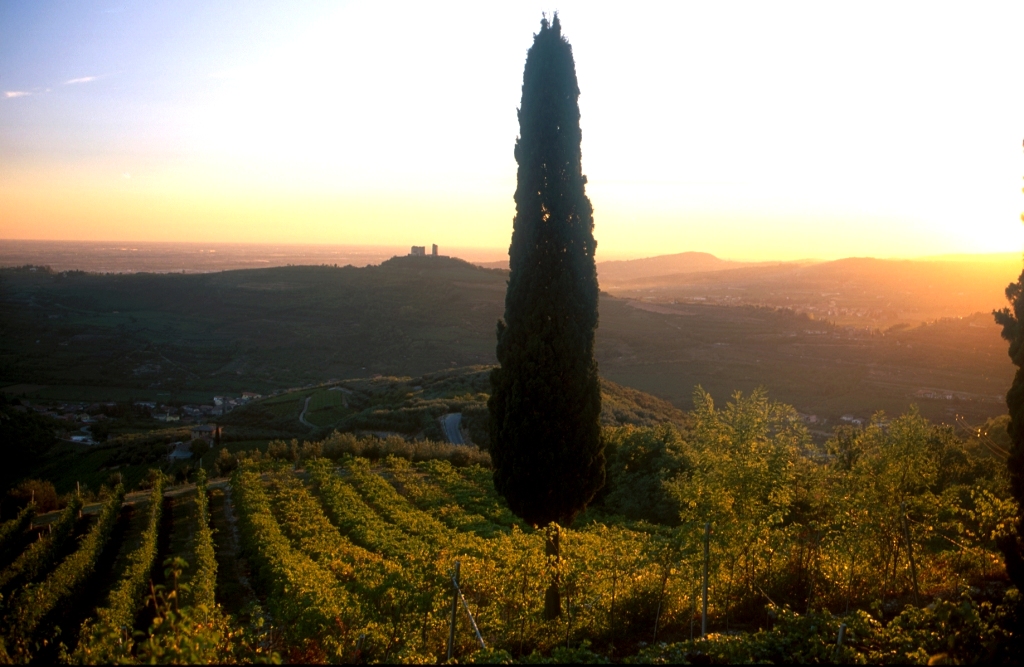 It may seem like a catch-all term for the region. And indeed, all wines of the area can designate as Valpolicella wines. Although it might seem deprived of premium status, without labels actually give a versatility that has given rise to many great wines from fruits of different valleys. In other words, Valpolicella is one of those places where the whole is greater than the sum of its parts as long as you know where its components are.

Of the eleven valleys, five are outside of both the Classica and Valpantena areas. One of these is a small area on the south side of the ridge that divides Negrar and Valpantena. The Quinzano – Avesa quarter. More fruit trees are planted here than grapevines, and so with what little wines are produced, the name stays in obscurity.

The significant part of the Valpolicella lies to the east. There is the Val Squaranto, immediately to the east of Valpantena. Then Valle di Mezzane which also marks the western edge of the Soave production area. The Val d’Illasi, where the spacious infertile valley floors defy the idea that hillsides are always better. And finally, Val di Tramigna marks the eastern end of Valpolicella.

Being furthest away from Lake Garda, the eastern side of the region experiences notable continental effect among the entire Valpolicella. Here, the average summer day and night temperature can differ up to nine degrees. And the average temperature between the eastern limit and the western limit varies by four degrees. Numerically they may seem small, a four degrees difference will have an impact on the wine taste.

All these factors had cumulatively made things difficult for growers in the past. To cope with some of the challenges, many winemakers I met from the Valpolicella Est (east Valpolicella) explore the addition of lesser-known grape varieties to balance and enhances the wine characters. Grapes like Croatina, Negrara, Rossignola among others had survived through times because of growers and winemakers who are accepting of them.

Another thing of interest in Valpolicella Est is the potential of Val d’Illasi. With one of the biggest and broadest valley floor among Valpolicella, it is home to both iconic superbrand and new players. Both just as fabulous with their excellent wines. A study done in the early 1990s concluded that the wines from lower-lying vineyards of Val d’Illasi, planted on sandier soil, yielded some of the valley’s best wines. This goes against the conventional wisdom that hillsides are typically more ideal than the valley floor.

Considering the multitude of suitable vineyard sites, I can only discuss a general perspective of the wines without going into the specificity of individual producers. The wines of Valpolicella are often higher in alcohol, pronounced fruitiness, less subtle and may lose out on the elegance and finesse found in the Valpolicella Classica area. But never undermine the talents of these winemakers. In the best hands, even a 17 per cent alcohol behemoth can perform like a tightrope walker.